We are pleased to announce that Don DeMuth was pictured in a cover story in the October 26, 2017 edition of The Wall Street Journal entitled, “Mutual-Fund Ratings Are Not What They Seem.” The Journal sought Don’s perspective as a fee-only advisor who regularly uses Morningstar research.

The article discusses Morningstar’s star rating system, which scores mutual funds on a one-to-five-star scale, and the widespread effects of these ratings in the financial industry, including:

In the article, Don mentions his use of Morningstar Office software to organize and analyze client portfolios. He also uses Morningstar data to check fund performance and other metrics.

Regarding star ratings, Don is quoted as saying: “With rare exception, we would want a fund to have five stars.” 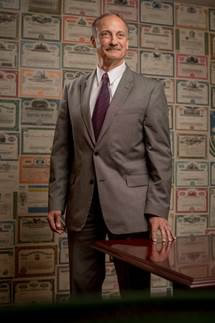 Morningstar tells the Journal, “The star rating works well when it’s used as intended: as a first-stage screen that helps identify lower-cost, lower-risk funds with good long-term performance. It is not meant to be used in isolation or as a predictive measure.”

For years, MOSAIC has been using the ratings as just that: “a first-stage screen” in fund selection. Some of our other criteria include:

As there are roughly 900 U.S. mutual funds that receive a five-star rating at any time and MOSAIC maintains a recommended list of 20-30 funds, we only recommend 2-3% of the universe of five-star-rated funds. Further, we continuously monitor each fund position held by our clients and formally review each position every quarter.

Last summer, MOSAIC performed a comprehensive in-house review of Morningstar’s ratings process. We know precisely how the ratings are calculated, and their advantages and limitations. We’ll continue to use them—in conjunction with several other tools—as a means of trying to obtain the highest risk-adjusted returns for our clients.

The full text of the Wall Street Journal article is available here.